To ensure the safety of the public and Railroad Commission of Texas staff in response to COVID-19 pandemic, Central Records will be closed beginning at 2 p.m. on Friday, December 10, 2021 to be sanitized.
Customers wishing to make payments, conduct research, or submit paperwork in person on this day, will need to do so before 2 p.m.
Central Records will reopen on Monday, December 13.

AUSTIN – It’s easy to not fully grasp just how much the world has changed since a 19th-century Legislature created the Railroad Commission of Texas to provide order and predictability to a rapidly expanding railroad industry that controlled the flow of goods.

When the RRC opened its doors on April 3, 1891, the common modes of personal transportation were foot and horse. Ford’s Model T was not available for mass consumption until 1908.

The coming of the railroad would be followed by a great rush for oil. In 1901, there was the famous discovery of oil at Spindletop near Beaumont. The well was so productive that it produced more than the world’s entire demand in 1902. 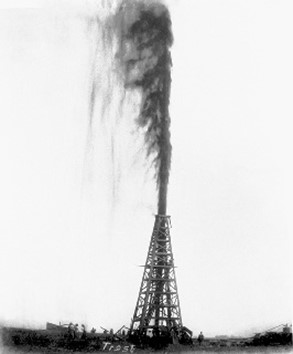 The well and those that followed it gradually brought into focus the need for responsible stewardship of this valuable resource. The rapid development of oil rigs would also bring to the forefront the need for protection of public safety and the environment.

In 1917, the RRC’s duties were expanded with the Texas Legislature’s Pipeline Petroleum Law, giving it oversight of pipelines. That was followed with the Oil and Gas Conservation Law in 1919.

RRC’s first oil and gas rule in 1919 concerned the establishment of minimum distances between wells to protect field pressure and correlative rights.

As the RRC celebrates its 130th anniversary, it is forging ahead in the 21st century by embracing the latest technologies to better serve the public and improve its oversight of the oil and gas industry, the safety of pipelines, natural gas utilities, liquified petroleum gas (LP-gas), and coal and uranium surface mining operations. The last of RRC’s rail functions transferred away in 2005.

The need for RRC’s regulation of the state’s energy resources has been evident with recent periods of massive growth and contraction because of market volatility. Over the last decade, the state experienced a boom in horizontal drilling; discoveries of huge untapped resources, including the 2018 announcement by the U.S. Geological Survey that the Delaware Basin portion of the greater Permian Basin contains an estimated 46.3 billion barrels of oil and 281 trillion cubic feet of natural gas; and market down turns in 2015 and 2020. RRC’s three commissioners and 840-strong staff are dedicated to supporting Texas’ economic vitality as the nation’s leader in oil and gas while protecting the state’s natural resources, environment, and public safety.

In recent years, the RRC has leveraged technology to increase efficiency for operators and staff, and expanded transparency by providing the public even more access to agency information. Examples of recent technology enhancements to RRC operations include:

“Over the past 130 years, the Railroad Commission of Texas has set itself apart as a global leader in regulatory excellence,” said Chairman Christi Craddick. “The oil and gas industry is a critical component of our states’ overall success and requires regulatory certainty and adaptation to keep up with an ever-evolving, technologically advanced private sector. I look forward to continuing to prioritize health, safety, and innovation alongside my fellow Commissioners and agency staff as we maintain our status as the best agency in Texas.”

“It has been an honor of a lifetime to serve the people of Texas at the Railroad Commission,” said Commissioner Wayne Christian. “I wake up everyday excited to make the Commission better and hopefully lay a foundation to make the next 130 years as great as the last 130.”

“While Texas has changed quite a bit since the creation of the commission,” said Commissioner Jim Wright, “our agency’s mission to ensure the production of our state’s natural resources is done safely and efficiently is more important than ever. I am honored to serve as a Commissioner and look forward to advancing the legacy of the Railroad Commission of Texas.”

When the 87th Session of the Texas Legislature began in January 2021, RRC’s primary focus was on the continuation of budget priorities to modernize the agency’s information technology infrastructure and maintain oversight of Texas’ energy industry. In February, the RRC exhibited consistent leadership during Winter Storm Uri for Texas’ energy sector through the prioritization of gas deliveries to human needs customers and assisting with emergency response to help ensure the flow of prioritized natural gas deliveries.

Drawing from this experience during the storm, RRC has worked with state leaders on legislation to improve Texas’ energy infrastructure for extreme weather events. Key agency priorities for the 87th Session include formalizing the Texas Energy Reliability Council to ensure robust communication between industry sectors and prioritizing natural gas infrastructure for power deliver during widespread outages.

RRC continues in its role as the global leader in energy regulation. As the top producer of oil and natural gas in the United States, Texas’ resources are vital to ensure energy independence and security for our nation.

As the agency moves forward, more major technology upgrades are also in the works that will improve the agency’s operations, the experience of operators who interact with the agency, and online transparency.

A video showing the array of agency functions is posted on our website at https://youtu.be/GVWtBtK-E50.