Staff is teleworking and available to respond to emergencies. For emergencies call toll-free at 844-773-0305 or email Publicassist@rrc.texas.gov. 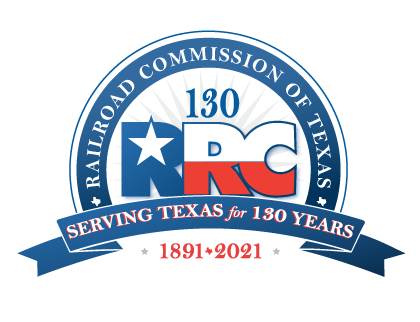 History of the Railroad Commission of Texas

Created in April 1891, the Railroad Commission of Texas is one of the most important regulatory bodies in the United States. It formed in the days before Texas became synonymous with the oil and gas industry and has adapted to modern technology that now connects people from anywhere in the world. It was the first regulatory agency created in the State of Texas and originally had jurisdiction over the rates and operations of railroads, terminals, wharves and express companies

The Commission has a rich history; one that started with the gubernatorial campaign of James S. Hogg in 1890. By the late 1800s, railroads were perceived to be abusing their power with unjust and discriminatory rates. James S. Hogg ran for governor with a platform that included a plan to create a Railroad Commission to oversee regulation of that industry. Governor Hogg was elected, and on April 3, 1891 the legislature passed legislation that constitutionally created the Railroad Commission of Texas.

The first Railroad Commissioners were John H. Reagan (chairman), Judge William Pinckney McLean, and Lafayette L. Foster, all appointed to the job by Governor Hogg. In 1894 the Texas Legislature made the agency elective with three commissioners serving six-year, overlapping terms.

The agency began the transition to energy regulator in 1917 with the passage of the Pipeline Petroleum Law (Senate Bill 68, 35th Legislature, Regular Session). Like railroads, pipelines were declared to be common carriers and placed under the Commission's jurisdiction.

The 1919 Oil and Gas Conservation Law (Senate Bill 350 of the 36th Legislature, Regular Session) gave the Railroad Commission jurisdiction to regulate the production of oil and gas.

The Railroad Commission adopted the first statewide rules regulating the oil and gas industry to promote conservation and safety, including Rule 37 which requires minimum distances between wells at drilling sites to protect field pressure and correlative rights.

In the early 1930s the global price of crude oil dropped dramatically. At that time, production from the East Texas oilfield was prolific. The Railroad Commission began to set the rate at which every oil well in Texas might produce, a process known as proration. By limiting production in East Texas and elsewhere, commissioners succeeded both in supporting oil prices and in conserving the state's resources.

In 1937, following a large natural gas explosion in a school in New London, Texas, the 45th Legislature passed legislation giving the Railroad Commission the authority to adopt rules and regulations pertaining to the odorization of natural gas or liquefied petroleum gases (House Bill 1017, Regular Session). 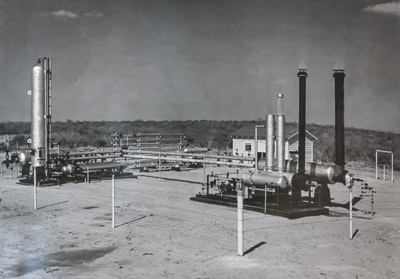 Regulation of liquefied petroleum was added to the Commission's responsibilities in 1939 by the 46th Legislature (House Bill 792, Regular Session). The legislation authorized the Commission to adopt and enforce safety rules and standards in the storage, handling, transportation, and odorization of butane or LP-gases.

In the 1960s, the Organization of Petroleum Exporting Countries (OPEC) was created, and the Railroad Commission served as the model. The Railroad Commission’s ability to prorate oil production combined with Texas’ crucial role in the petroleum industry, made the Commission vitally important to global energy supply.

The passage of the Public Regulatory Act of 1975 (PURA) (House Bill 819, 64th Legislature, Regular Session) required certain state regulatory agencies, including the Commission, to set the overall revenues of a utility based on its "cost of service." 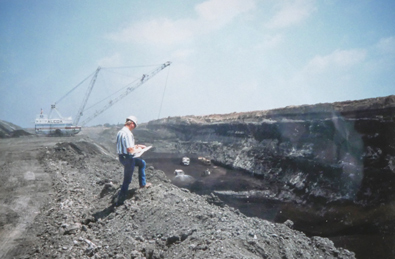 The Texas Surface Mining and Reclamation Act of 1975, (Senate Bill 55, 64th Legislature, Regular Session), authorized the Commission to regulate the exploration and surface mining of coal, lignite, and uranium within the state and to oversee the reclamation of lands disturbed by surface mining operations. 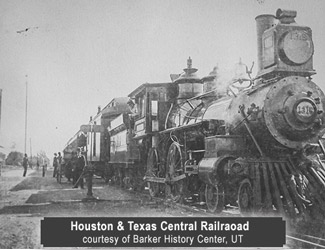 In 2005, the Rail Division and its remaining function, rail safety regulation, were transferred to the Texas Department of Transportation (House Bill 2702, 79th Legislature, Regular Session). The Railroad Commission has had no railroad-related functions since that time.

The Railroad Commissioner adopted disposal well rule amendments to address disposal well operations in areas of historical or future seismic activity in October 2014. In 2017, the U.S. Environmental Protection Agency released an evaluation of RRC’s Underground Injection Control (UIC) program that “highly commends the RRC for its actions to address” seismicity in Texas, “including implementation of changes in permitting and operation requirements” through amendments to RRC rules 9 and 46. The evaluation showed the RRC maintains “an outstanding enforcement monitoring program” for disposal wells and concludes the RRC’s testing and surveillance program for Class II injection wells “exceeds the minimum performance measure.”

Hurricane Harvey struck the Texas coast in 2017, and the Railroad Commission participated in the state’s emergency response. In Austin, 14 RRC employees logged more than 300 hours at the Texas Department of Emergency Management's (TDEM) State Operation's Center (SOC). RRC staff manned the SOC 24/7 from Aug. 24 until Sept. 3 assisting with the response to the storm. Additional RRC staff reviewed more than 325,000 aerial photos taken by the Civil Air Patrol resulting in more than 300 field inspections of oil and gas infrastructure.

The COVID-19 pandemic made 2020 one of the most challenging years ever for the entire country, including the Commission. However, the Railroad Commission went above and beyond targets set by the Texas Legislature in protecting public safety and the environment. Operations continued running as normal with some staff coming into offices around the state and other employees teleworking. RRC inspectors, engineers, geologists, accountants, attorneys, computer scientists, programmers and other trained professionals stayed deeply committed to serving the citizens of Texas.

Today, the Railroad Commission of Texas’ duties and responsibilities are the most diverse and widespread they’ve been in the agency’s 130-year history. The agency exceeds target numbers for inspections of oil and gas wells, pipeline infrastructure, alternative fuels facilities and coal surface mining sites. RRC surpasses goals in the number of field audits of natural gas utilities and the number of abandoned well sites cleaned up with the use of state managed funds.

The agency continues its efforts to modernize IT systems, transforming outdated processes into cutting-edge platforms for efficient and transparent operations. Utilizing new technology helps operators and staff streamline the amount of work needed for various functions, and allows the public more access to the vast amount of information at the Commission.

The Railroad Commission of Texas remains unified and focused on its mission to protect the public, environment and economy of Texas.