MIDLAND — Texas Railroad Commissioner Ryan Sitton today kicked off the Permian Basin Petroleum Association’s 54th Annual Meeting in Midland. Sitton discussed the rise in acreage prices, heightened investments in the region, and the energy outlook for 2017.  He presented alongside Aubrey Dunn, Commissioner of Public Lands for the State Land Office of New Mexico.

“The past month has been exciting for the oil and gas industry—we’ve seen natural gas prices rise above $3, oil prices are promising at just over $50 per barrel, and investors are putting more money into infrastructure in Texas,” Sitton said.

“There’s no doubt that Texas is leading the way as the United States regains its global leadership in energy.” 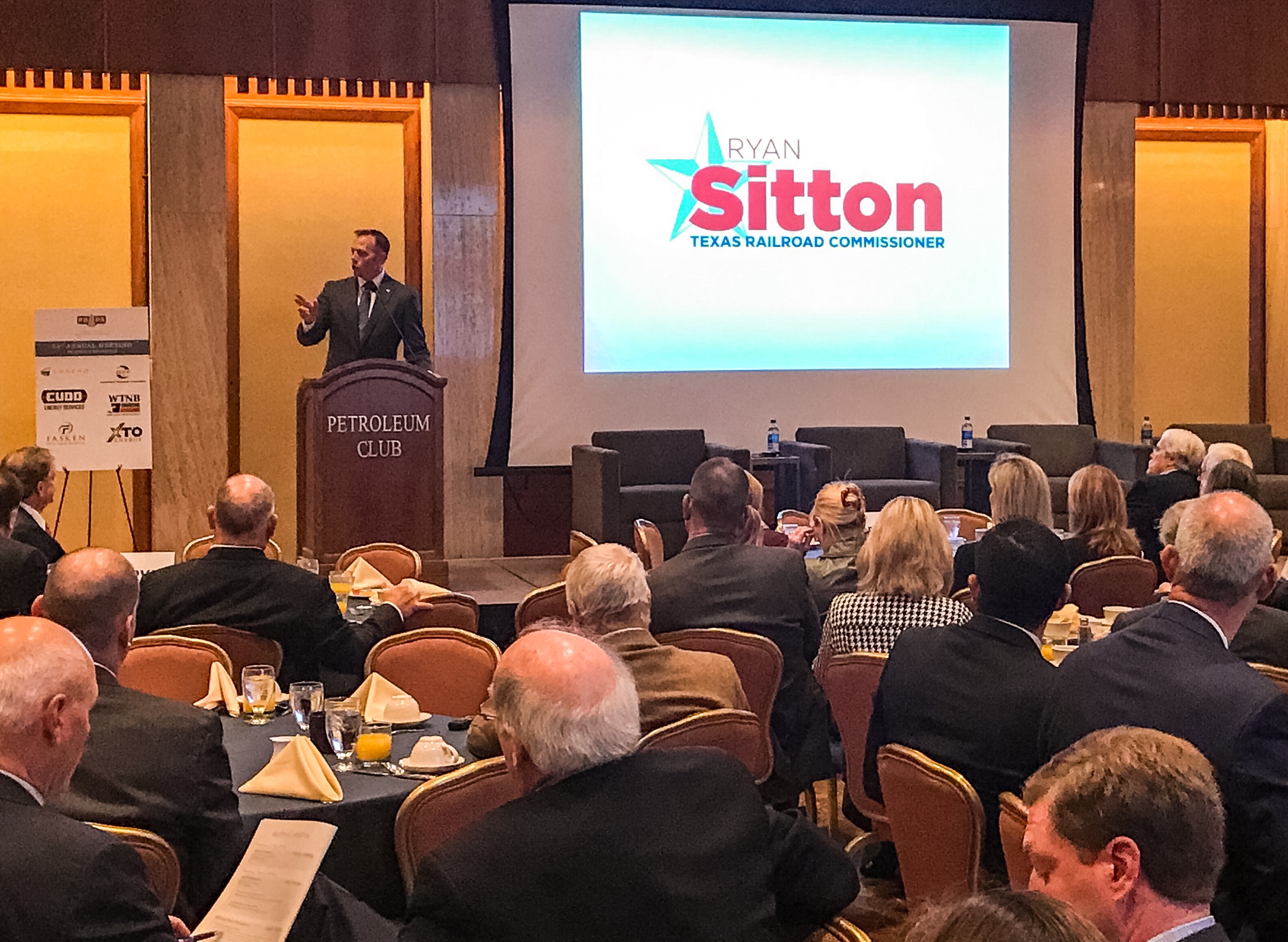 Elected to the Railroad Commission Nov. 4, 2014 to a six-year term, Commissioner Ryan Sitton won the general election with over 58 percent of the vote. Ryan Sitton is one of the world’s leading energy experts. He is the first engineer to serve on the Commission in 50 years. A native Texan who grew up in the Irving area, Sitton is a graduate of Texas A&M University where he earned a degree in Mechanical Engineering, and met his wife, Jennifer. In 2006, Ryan and Jennifer founded PinnacleART, an engineering and technology company focused on reliability and integrity programs for the oil, gas, and petrochemical, mining, pharmaceutical, and wastewater industries. As Railroad Commissioner, Ryan is working to make the Commission more efficient and effective so Texas can lead America to energy independence.